This post is part of a resource for flow arts and movement communities to address issues of consent and boundaries. You can access the full resource here.

The movement to end sexual violence is inherently feminist. I say this unapologetically as an unapologetic feminist, knowing that feminism is more than the belief that women are equal to men. We say that feminism is the belief that women are equal to men because it’s simple. We say that because it dispels the myths (and they are indeed falsehoods) that feminism is about hating men or women having more power than men. But truly, it means more than that, and those of us who have spent time in the thick of its activism or study of its theory easily see its complexity and nuance.

If I had to define feminism, I would say that it is the act of working against systems that allow gender to define one’s access to power, rest, safety, opportunity, income, vulnerability, tenderness, affection, relationship, respect, love, connection to one’s feelings, or protection under the law. It is recognizing patriarchal harm — this is a feminist lens — but one’s feminism is declared not through adoption of a lens or acknowledgement of a philosophy.

A person is a feminist when they behave in ways that disrupt gendered systems (internal, interpersonal, community, cultural, governmental, and global) that reduce people’s access to full freedom and emotional authenticity.

Feminism arises out of the historical mistreatment of women by patriarchy. It is thus gendered. Women have traditionally born the brunt of patriarchy’s mistreatment through exclusion from the public sphere, denial of full legal participation in the laws and bodies that govern them, repression of their free sexuality, restriction of their bodies (whether through physical restraint, legal control, or shame), and experience of emotional, physical, and sexual violence and control. Today, women are more likely to experience child sexual abuse, sexual assault, rape, sexual harassment, stalking, trafficking for sex, and intimate partner violence, and it is consistently more likely to be at the hands of men.

This is not to say that women cannot be abusers, harassers, stalkers, or rapists. They can and are, towards people of all genders. This is also not to say that men cannot be abused, harassed, stalked, or raped. They can and are, by people of all genders. This is simply to acknowledge that the power dynamics in which gender violence occurs are rooted in historically patriarchal systems that privileged men’s power and qualities deemed “masculine” while systematically denigrating women and anything deemed “feminine.”

And this is where gender essentialism starts to become useless in a broad, contextual understanding of feminism. “Gender essentialism” is the belief that there is something essential, something fixed, perhaps in our human biology, that is inherently feminine or masculine. It is the source of the belief that men are suited for danger, adventure, and mechanical jobs and that women are suited for childcare, teaching, and caregiving. Gender essentialism’s norms and expectations are constructed out of the cultures in which they developed, are reinforced through cultural indoctrination, and are largely assumed to be “just the way things are” by the people within that culture. Gender essentialism allows for a person’s life, the expectations placed upon them, and the opportunities allowed them within their culture to be determined by their biology, reproductive systems, and genitals.

And because gender essentialist norms are constructed within a culture, any protective factors they may offer tend to be extended only to those whose other intersectional identities line up with those of the politically powerful. For example, gender norms stating that men are smarter and more suited for intellectual work were applied by white men to white men, and were not extended to Black men excluded from educational opportunities. Gender norms prioritizing women as more delicate and in need of protection were not extended to enslaved women working in fields. Gender norms are gendered; they are also racialized and structured according to class, orientation, ability, identity, and economic strata.

Whatever assumptions you hold about gender norms are also influenced by the other intersectional identities you hold.

First wave feminism was largely about earning women’s right to vote and have more independence. Much of it was fought by white women for white women’s rights; while some leaders of the early women’s movement fought for racial justice, many supported prioritizing white women’s freedom over that of people of color. Elizabeth Cady Stanton, darling of the early women’s movement, once said: “What will we and our daughters suffer if these degraded black men are allowed to have the rights that would make them even worse than our Saxon fathers?”

In addition to its racist beginnings (Stanton’s statement is only one of many examples), the early women’s movement emphasized gender essentialism, frequently positing that many of society’s ills were due to the lack of women’s reserve, purity, caregiving, and moral superiority in the public sphere. Many of these beliefs made their way into new religious movements that were also sweeping the American and European landscape during that time, and many of the early women’s movement leaders and activists were also involved in the spiritual predecessors of the modern Goddess movement such as Swedenborgianism, Christian Science, New Thought, Theosophy, and Spiritualism, which often offered some of the only opportunities for spiritual and community leadership available to women at that time.

It was also during this time that Swami Vivekananda first brought yoga to the United States, and that early anthropologists like Edward Burnett Tylor and James George Frazer were stoking the Western world’s curiosity about “primitive” cultures and religious belief systems. There was a lot of cross-pollination between the early (white) women’s movement and the nascence of the modern “alternative spirituality” and goddess movements, and many of that time’s gender essentialist views (as well as its Western concepts of subjectivity and agency) are embedded in key tenets of many modern goddess and alternative spiritual traditions, as well as Westernized revisionings of Eastern or “ancient” traditions.

The second wave of feminism, starting in the early 1960s, resisted essentialist gender definitions, promoting women’s reproductive freedom, workplace equality, and freedom from sexual and partner violence on the basis that women’s biology does not determine their right to self-determination. Our parts do not define us — we are more than our biology. Interestingly, a subset of second wave feminists today will abandon their rejection of gender essentialism when it comes to issues of trans-exclusion. The same feminists who would argue that we should not be defined by our biology readily define trans and nonbinary people by their biology in order to exclude them from safer spaces, without recognizing the fundamental dissonance of that position.

Third wave feminism brought the concept of intersectionality to the forefront, and shone a postcolonial lens on feminist issues, theory, and praxis. Meaning: Each culture has its own understandings of what is right and wrong, good and bad, healthy and unhealthy, and how we define agency and freedom. These beliefs arise out of our culture, government, and traditions, and we are so enculturated into them as we grow up that we aren’t even aware they are specific to our culture unless we encounter someone from a different culture or travel with a mind open to learning. If these beliefs are specific to our culture, how do we work with human rights and feminist issues globally without imposing our cultural lens onto situations where it does not fit? It is out of this increasingly global perspective on human rights that questions around cultural appropriation also arose: How do power, control, colonialism, and profit impact sharing of traditions? What is the difference between naturally occurring syncretism and appropriative privilege?

In some ways, sexual violence is not a gendered issue. People of all genders can be harmed and can cause harm. But in other ways, it is absolutely a gendered issue, and not because women are always harmed by men.

When we revisit the ways in which gender is constructed out of culture and then used by those in power to maintain their control, it becomes obvious how patriarchy harms people of all genders and creates a culture of gendered violence.

Patriarchal norms privileging traits traditionally seen as masculine, like strength, power-over, control, logic, and productivity lead to the perpetuation of “toxic masculinity” — a caricature of masculinity that strips masculine people of their right to emotion, tenderness, and authenticity even as it creates a culture of harm and violence. Expectations for men to fit toxic gender norms paired with cultural disdain for traits seen as feminine are at the root of violence and homophobia against gay and bisexual men. Insistence on women fitting hyperfeminine gender norms of submission and softness leads to violence and homophobia against gay and bisexual women. Patriarchal norms shoving people into the gendered boxes that preserve the hierarchy are at the root of violence against trans and nonbinary people, whose very identities and existence highlight the absurdity of essentialism’s claims.

Patriarchy harms all people, of all genders. It has established a culture in which power-over, manipulation, and control of other people thrive and are rewarded.

Two final notes on the constructed nature of gender before we move into a discussion of what rape culture does and does not mean:

1. Saying gender is largely constructed and performative is not to say that it isn’t real. Language is a social construction, but that doesn’t mean I’m going to walk into a restaurant for brunch tomorrow morning and order via a series of grunts and flailing gestures. Language, though constructed, is real and can be useful. Being aware of its constructed nature, however, gives me greater insights into the ways it may evolve over time, bringing in new words as material and intellectual inventions birth new linguistic needs, and allowing words that are no longer useful to fall out of usage.

2. Saying gender is “largely constructed” doesn’t mean that biology is entirely useless. Most people with uteruses can attest to the booming waves of feeling and physicality that occur with our monthly cycles. Some trans men have described changes after beginning testosterone injections and experiencing shifts in things like urges and emotions that make me question my commitment to any kind of absolute constructionism. Trans women who have begun hormone therapy often report experiencing monthly cycles of emotion. Hormones are real. Biology exists, but as a starting point for our experience of self, not as the experience itself. 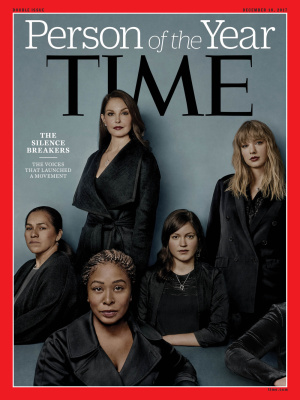 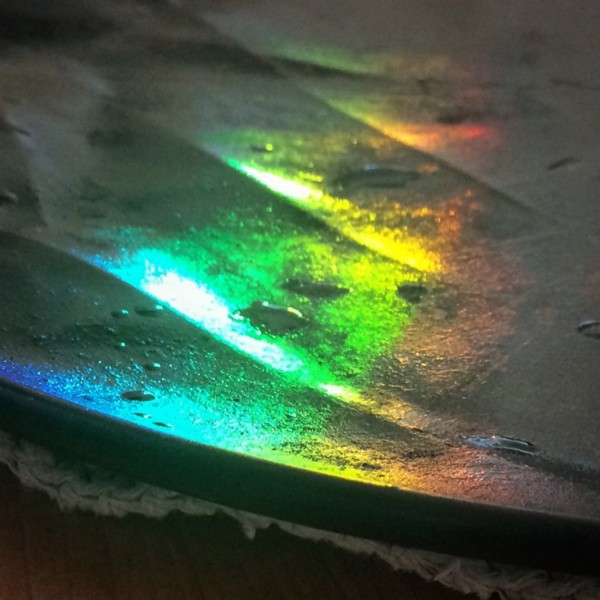 Over the summer, I started at a new job, which I’ve decided I can safely describe as a “dream job” – one […]

I was driving back from the mountains late at night, rain pelting the windshield. “Yeah, my friends are always asking me for […]