On the Super Bowl, Safety, and Solidarity
Finding common ground in a time of crisis … and beyond

Every year, around this time, the airwaves in whatever city is hosting the Super Bowl are flooded with public service announcements about sex trafficking. Billboards go up. Police officers receive special training. Media asks organizations that work to reduce trafficking to comment on the “biggest sex trafficking event of the year.”

Every year we explain that this is not, in fact, the case. More importantly, we try to make the point that the hype often leads to a damaging response – arresting people who are directly selling sex. And yet every year the stories continue, the hype expands, and the harm happens. So now we are asking for your help.

Historically, the anti-trafficking and sex worker rights movements have struggled to find common ground and the disagreements have sometimes become heated. But this is one area we believe that both sides can agree upon. Our time, talent, and treasure is best invested toward supporting the direct needs of those with lived experience, as opposed to coercive intervention.

There are others – areas of agreement where we believe the sex workers rights movement and the anti trafficking movement can work together toward what should be a shared goal: The dignity of each and every human being and an end to violence against people in the sex trades.

With that in mind, we offer the following four policy proposals for everyone to unite around.

Traffickers, abusive family, and other perpetrators of harm often use threats of shame, arrest, and prosecution as weapons. Arresting and jailing people directly selling sex replicates this pattern of abuse, creating trauma for trafficking survivors and consensual workers alike.

On a very practical level, it is also a profoundly ineffective way to try to fight trafficking. Threatened with incarceration, people arrested for selling sexual services may feel coerced into saying whatever they think gets them home. For example, they may plead to crimes they did not commit. This impedes accurate investigations.

Bottom line: We cannot end trafficking and other forms of violence as long as as long as we continue to sanction systems, who are already failing the most vulnerable, to legally inflict further trauma.

We can’t believe we have to say this, but here it is.

Making it illegal for police officers to have sexual contact with people they might arrest ensures that the systems meant to protect victims do not become perpetrators of state-sanctioned sexual assault or human trafficking.

3. GIVE PEOPLE IN THE SEX TRADES WHO REPORT CRIMES IMMUNITY FROM PROSECUTION.

People in the sex trades often avoid reporting incidents to law enforcement for fear that coming forward will lead to their own arrest. This leaves them vulnerable as targets for harassment, stalking, assault, human trafficking, and other forms of violent victimization. For trafficking survivors, fear is leveraged into exploitation.

Providing people in the sex trades immunity from prosecution when they report crimes or violence against themselves or others allows them to report sexual violence, trafficking, and other crimes to the right authorities.

Trafficking survivors are often arrested and prosecuted for a variety of criminal  charges related to their trafficking. With a criminal record these survivors are less able to rebuild their lives due to impacts on their ability to find safe housing, find or maintain legal employment, continue their education, or vote. Survivors with criminal records may find their families torn apart or further impoverished, as their criminal records interfere with their ability to maintain custody of the children or access government benefits that keep their families from hunger and homelessness. Foreign nationals additionally face the dangers of losing their immigration status or even deportation as a result of any law enforcement engagement, arrest, or conviction.

Many states have some form of limited, conditional criminal records relief – such as relief for people who were minors at the time of the trafficking, or for charges related only to prostitution. Additionally, many of the mechanisms for seeking relief are prohibitively complex, expensive, and potentially retraumatizing. These laws must be revamped to include all charges directly connected to trafficking experience and they must offer a pathway that is actually usable.

Giving survivors legal options for expungement of records related to their trafficking gives them a better chance at achieving safety and security, and reduces traffickers’ leverage over them.

Human trafficking does not happen in a vacuum. It is the direct result of societal inequity, generational poverty, racism, the disruption of communities by violence, and criminalization of survival. All these societal shortcomings disproportionately harm people from marginalized communities and contribute to a higher statistical risk of trafficking as well as other forms of violence. We cannot arrest our way out of social problems. Attempts to do so leave vulnerable people more vulnerable, traffickers with more power, and real members of our communities struggling to maintain hope as they try to rebuild their lives. Our movements should not cause harm in the name of ending harm. We can and must do better.

PDF of letter with images

PDF of letter, text only

PDF of letter, text only, no agencies listed 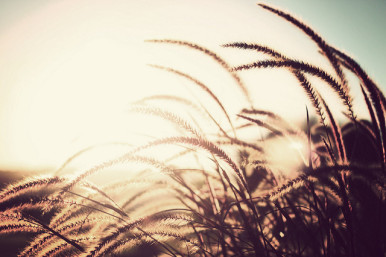 My spirituality is inherently creative. Deep in the creative process, I open more fully to awareness of what is flowing around and […]

In ‘“Have you ever traded sex for money or drugs?” Health care providers’ perspectives on sex trafficking risk assessments in clinics,’ Lara […] 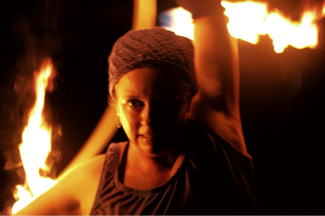