Last year, I had the pleasure of meeting Mitch Horowitz while he was researching and writing his book, One Simple Idea: How Positive Thinking Reshaped Modern Life when he contacted me about a paper from which I’d had an excerpt published over a decade ago. I was able to get him a full copy of my paper (although I’m not quite sure how helpful it was), but then in a series of emails and a meeting when he was visiting near my hometown, solid, good, real discussion happened. I shared some of my thoughts about trauma, disability, and how I worried that the shortcomings of the Law of Attraction, universally applied, could compound trauma. It isn’t that I don’t believe that we attract what we expect and believe in; it’s that I have a hard time understanding how that belief can be presented as universally helpful, true, or transformative when applied as an after-the-fact diagnostic for someone who has experienced a trauma or illness such as rape or disability. Mitch shared with me an idea so simple and helpful, I was surprised that I hadn’t read it, explicitly stated, in any of the LOA-based positive thinking books I’d been reading. Simply put: he believes that the LOA is one out of many laws that shape our experiences.The idea that the LOA is only one influence out of many, the more I thought about it, began to heal the years-long inner conflict I’d experienced with the ideals of positive thinking. These conflicts began when I was working toward ministry in a New Thought church, and had been teased apart and highlighted by my work in rape crisis, where I was a hotline volunteer and support group facilitator for a few years. In my crisis support and intervention role, I had seen survivors successfully use positive thinking as a way to heal their traumas, had used Belleruth Naparstek’s Healing Trauma visualization in a group setting, and had even written and presented a healing, affirming visualization for one of my groups. I had also seen survivors bury themselves under feelings of responsibility for their assaults, worrying what they could have done differently — feelings and worries that are already compounded by a culture of victim-blaming in the media, in our court systems, and in our everyday lives. Even if LOA proponents never say anything other than supportive sentiments directly to survivors of sexual assault and other crimes, promoting thought-creates-reality as an individualistic, uncompromising, and unswayable law of reality sets up a view of reality in which sexual assault victims must have attracted their assault into their lives. This, to me, is unacceptable on a moral and ethical level, as well as on a factual and theoretical level.

If sexual assault is caused by wrong thinking, it is caused by the wrong thinking of the rapist. If child abuse is caused by wrong thinking, it is caused by the wrong thinking of the abuser. If murder is caused by wrong thinking, it is caused by the wrong thinking of the murderer. That isn’t to say that the collective attitudes and beliefs of our culture aren’t a part of the problem; it’s simply to say that for a single survivor of any kind of assault to believe they caused their assault through their expectations and thoughts misses the mark, and misunderstands both reality and trauma. But in order to allow for this complexity of reality, we have to accept (as Mitch suggested) that our thoughts and beliefs, while they are powerful carriers of our desires and intentions, can have their effects changed and moderated by outside forces — by other laws that also act upon our lives, our physical environments, and our spiritual realities.While I have a full time job in a non-spirituality environment, I’m blessed to work on a regular basis with some of the most interesting, thoughtful, kind, and insightful people I’ve ever met. Frequently, you’ll find us hard at work, but still discussing spirituality, social justice, and how to make the world kinder. Earlier this week, while discussing these thoughts with a coworker, I found myself using the following illustration.I believe, fully and wholeheartedly in the law of gravity. If I want to drop a ball and have it land in a certain spot, I know I can lean out of the second-floor window of a building, reach my hand out, and drop the ball. Knowing about gravity and it’s associated formulas, I can tell where the ball will land, and I can even calculate about how long it will take to land. This might lead me to feel successful, as if I have a pretty good grasp of gravity and how it influences my ball-dropping. If, however, I go to a window above a ledge, when I drop my ball at the same angle, with the same distance from the window, and with the same method, it will bounce off the ledge and out from the wall, landing at a different distance and angle from the wall than I expected. This isn’t because gravity failed; it’s because other laws, theories, and formulas explain the bounce, the new trajectory of the ball, and where it will land. If it’s a windy day, the ball might land somewhere other than where I intended. In neither case would the result be because I don’t understand gravity or its proper application.If I go to another clear window without a ledge and drop my ball again, I’d expect it to land in the designated spot, directly below where I dropped it. But what happens if as I drop the ball, someone runs up below me and uses a baseball bat to knock the ball out of the park, so to speak? Does that mean gravity failed? Does it mean I didn’t use the law right, or that I brought the situation on myself? Does it mean I need to rethink my ball-dropping technique, hold my hand differently, or believe more in gravity while dropping it the next time?This illustrates the challenge I’ve had with a universal and unchangeable application of the Law of Attraction in all situations and at all times. I simply cannot believe that a child who develops a rare form of brain cancer, as a friend’s daughter did a few years back, is experiencing the results of her own or a parent’s thoughts sent into the universe, returned in kind. I don’t believe that survivors of rape or other assaults and crime attracted the experiences to themselves because of faulty beliefs, not being positive enough, or simply because they were attracting “exactly what they needed” to learn and grow. I don’t believe a stroke survivor who doesn’t regain full use of his body failed in any way, or is any less powerful or positive than someone who did recover, or who never had a stroke in the first place. In all of these cases, the human spirit is awe-inspiring in how it overcomes challenges. The child can be in that 12% who recover. The survivor, even as she acknowledges the pain, unfairness, randomness, and trauma of the assault, can make meaning out of it, chart her own healing, and grow through the experience of recovery and self-exploration. The stroke survivor may be challenged to explore formerly held ideals and (as a result) experience a profound emotional healing that may never have been triggered without the stroke. Does that make the stroke, the assault, the cancer a GOOD thing? It doesn’t have to. Humans are amazing. We can rebuild in beauty after the most tragic experiences of destruction and heartache.So, to the extent that Law of Attraction can help you put your life back together, feel strong, be empowered, and grow in compassion after a trauma, use it! Focus on your strengths and successes, and on the ways you can use your gifts to make our shared world beautiful. Do things that nurture your soul and heal your spirit. Just remember that LOA is far more effective as a method of rebuilding than it is as a diagnostic tool. Responsibility for what is truly yours to own is a healthy thing; self-blame, self-doubt, and self-abuse are not. Be gentle with yourself; you deserve good things and kind treatment.

Christmas morning. I don’t usually have Sundays free and our family holiday celebrations lean nontraditional, so I’d come to a special ecstatic […] 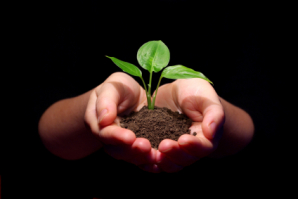 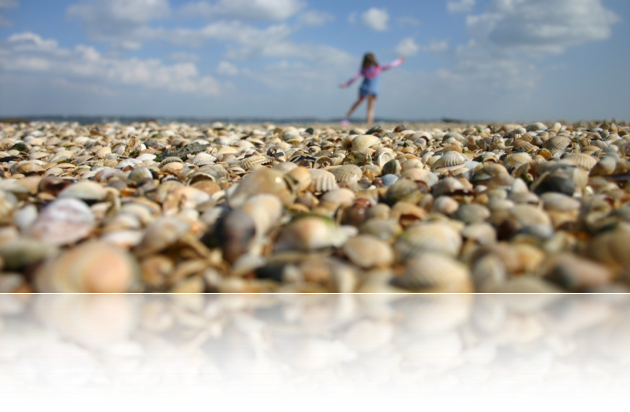 If you’ve spent any time reading up on natural childbirth, you have probably encountered the phrase, “Trust Birth.” It’s a catchphrase that […]